(Extract from the Circling Guide)

You will always outlive my concept of you. And I will always have a concept for you to outlive” — Guy Sengstock, founder of Circling

“There is no place to get to but more here” — Decker Cunov, co-founder of Circling

It seems that the practice we now call “Circling” emerged and was discovered independently by at least 3 different groups, starting as early as 1995.  Its precise origins are unknown.  It does appear, however, that the first paid groups, and the first use of the “Circling” name, began in the year 1998 in the Bay Area.  It was called the Arete Experience and was an intense all-immersive weekend which was led by Guy Sengstock and Jerry Candelaria.

Guy Sengstock was an artist, philosopher, personal trainer, bodybuilder and a massage therapist, while Jerry was at the time working to become a Landmark Forum leader. They had a powerful experience together at Burning Man, with a group that had moved from conflict into a kind of collective ecstasy, and had committed together to take the practice into the world.  Besides the influence of Burning Man and Landmark Education, the early practice of Circling was inspired by modalities that include Gestalt, Rave culture and drugs, Carl Rogers encounter groups, man/woman ideas originating from Lafayette Morehouse, the Sterling Men’s course, David Deida, Holotropic breathwork, Ali Hameed Almaas’s Diamond Heart, the philosophy of Martin Heidegger, and more. The Arete Experience ran until 2008, when it shut down.

Even before this, Bryan Bayer and Decker Cunov had independently discovered the practice as a tool to resolve conflicts in their shared college household in Missouri, later moving to San Francisco and expanding the practice into a community called Soul 2 Soul, which later grew into Authentic SF, one of the first “Authentic” communities which has now spread to over 60 cities. Bryan and Decker found Guy and Jerry in about 2003 and trained with them, later developing the Integral style of Circling, with the help of others at Boulder Integral. Bryan Bayer calls those early years the “Wild West” days of Circling – anything would go.

In 2004, Bryan and Decker founded the Authentic Man Program (AMP) which is an application of Circling into sexual and romantic partnership, and which gained worldwide influence through their DVD training series.  AMP is still running in Boulder.  Around this time, Alexis Shepperd and Shana James, who were directly involved in the first AMP’s as well, developed a parallel program for women which is called the Authentic Woman Experience (AWE), and which continues to be offered in the Bay Area. Alexis Shepperd and Guy Sengstock started leading Arete together approximately 2005.  Powerful community, friendships and collaborations emerged out of all these ventures (Arete, Authentic SF, AMP and AWE).

When Arete shut-down in 2008, Bryan and Decker inherited the Bay-area community, and Guy went quiet for a while. When he rejoined the scene, Guy and Alexis Shepperd designed a training program called the Transformational Coach Leadership Training (TCLT).  Decker had met Robert MacNaughton, who had been working with Ken Wilber at the first Integral Center in Boulder.  Robert went to a TCLT weekend with Guy in the Bay Area, and came home transformed and inspired. He started offering Circling in his living room once a week. Over several years the events became so popular that the crowd of 30+people overwhelmed the space.  Robert and Decker started renting space at the Integral Center in the hope of expanding the practice.

In 2011, the first Integral Center (which was created under the direction of Ken Wilber and later taken over by Jeff Saltzman) was about to shut-down.  Robert and Decker decided, with great trepidation, to lease the property and take over the business, ultimately building a large Circling community in Boulder, which included their T3 Training program (Boulder Integral shut-down in 2019).  They also co-created the Aletheia weekend, which in many ways follows the original Arete model of a three-day weekend of breathwork, Circling, and community processing. In the meantime, Guy Sengstock and Alexis Shepperd created the Circling Institute in the Bay Area, which now runs weekends and year-long training programs. Circling and Authentic Relating Games communities started blossoming everywhere, notably in Austin, Texas.

The Austin community was founded by Sara Ness, Jordan Allen, and others.   Sara had been a college student, had discovered Authentic Relating Games, had introduced them into her college dorm with great success, and has since, working 70 hour weeks, trained hundreds of facilitators and created dozens of communities through her Authentic Life Course, in addition to the large community in Austin.

In the meantime, two young men from the UK who were interested in Integral theory and ran a Tennis academy, Sean Wilkinson and John Thompson, had also independently discovered the practice in  2002. They started practicing on each other 24 hours a day.  In 2008 they found Decker Cunov and trained with him and later with Guy Sengstock, ultimately founding Circling Europe in 2012, which is based in the Netherlands.

The online Circling platform CircleAnywhere, which is now a product of the Austin Circling Studio, launched in 2015 and serves people from all over the world who are not able to meet in person, or who live far from a Circling center.  Authentic Revolution also offers online circling, a range of courses which include the Authentic Life Course and the Facilitator Academy, and a think-tank of best practices and trends.  Four other circling schools opened: Amy Silverman’s The Connection Movement (2013), Josh Stein’s Awkward Leadership School (2017), Jason Digges and Ryel Kestano’s ART International (also 2017), and Peter Benjamin’s The Connection Institute.

The Circling movement, and its twin brother which is Authentic Relating Games, are, as of now (2020), just over 20 years old.  And yet there are already over 60+ communities worldwide, mostly in the US and in North-Western Europe, and 6 schools offering advanced training.  Review the Resources section of this guide for details.

Thus, it could be argued that the “Wild West” stage of Circling is far from over; rather it is just beginning!  I personally look forward with great excitement and anticipation to further expansion and development of the practice, which seems to be inevitable.

More information on the history of Circling can be found in Adam Coutts’ epic post here:

And this article by Sara Ness speaks to the tension between the two founders of Circling, along with some personal stories:

Refer also to later chapters, in which I attempt to put Circling into the larger context of the “we-space movement” and mention other models and paradigms that are very compatible and which seek to achieve the same goals.

Who owns the “Circling” brand? And what is the relationship of Circling to the Authentic Relating movement?

In the spring of 2020, the words Circling™ and Circling Method™ were trademarked by a joint group that includes the Circling Institute, Circling Europe, and Robert MacNaughton representing the now-defunct Boulder Integral Center. Circling Method™ will remain the exclusive brand of the Circling Institute. This caused considerable controversy in the community, and we don’t know yet how rigorously the mark will be enforced and whether there will be licensing fees for using the Circling brand. If you are offering programs, you may want to, in order to be on the safe side, call it “Authentic Relating” which will remain forever an open-source brand, according to Decker Cunov who allegedly has first use.

Not everyone agrees on what “Circling” really is, and there is still some controversy in terms of what some people do under the “Circling” brand. I define Circling as any practice of un-withheld, present-moment connection to self and others, particularly when it involves an agreement around “welcome everything”, aka “surrender”. Thus it is quite similar to encounter-group or T-group, with the exception that in Circling, “stories” are permissible to the extent that stories are actually happening inside all of us in the present moment; and also all Circling carries an explicit focus on “getting each other’s worlds”.  Without that, if the group is only for self-expression or emotional discharge, it’s not Circling. I personally have not yet seen anything offered under the Circling brand that does not meet my definition of Circling, or that I would not recommend. Of course all the offers are different and there are differences in quality and price-point, as you would expect. In the Resources section of this guide I include comments differentiating the three “major lineage” schools of Circling. 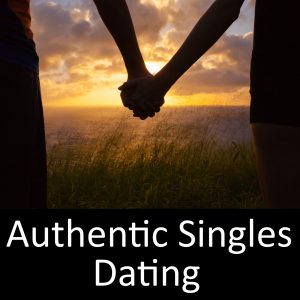